Ammunition – What should I use? 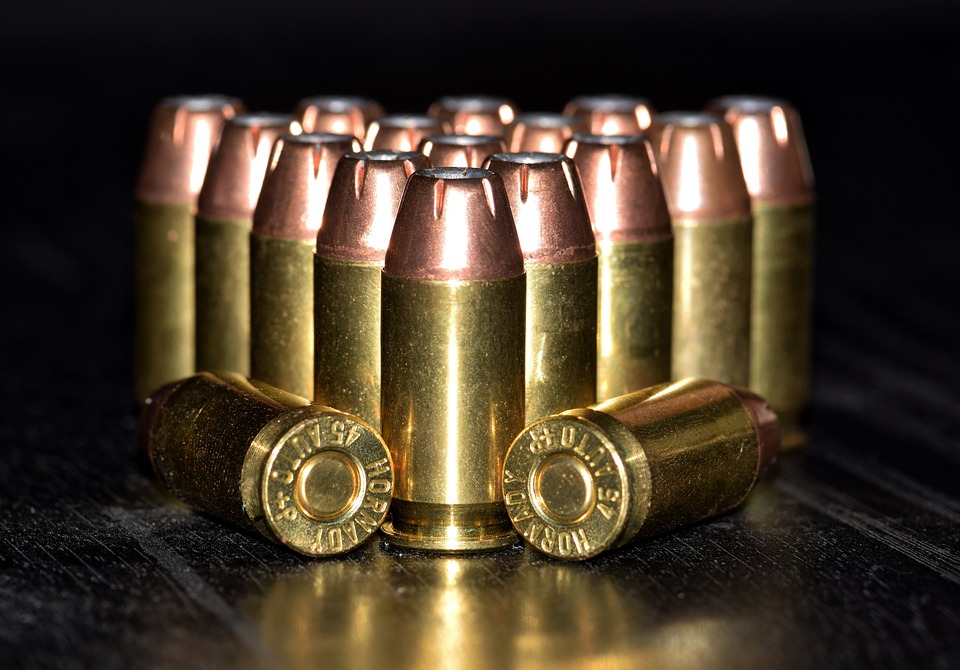 Ammunition – What should I use?

Being a firearms dealer and instructor, I get the question of “What ammo should I use?” quite a bit.  Getting beyond the round nose vs. hollow point (round nose is typically for practice, hollow point for defense/protection) it gets a bit “crunchy” as I like to say.  There are a few schools of thought on this.  Some say the largest and heaviest round moving at the fastest velocity is the best.  Others say the one you can get the most accurate followup shot is the best. There a million points in between.  Back in the day 20 years ago or so, you had Silver Tips (Winchester), Black Talons (Winchester), Golden Saber (Remington), Corbon, and a few others, then came Hydra-Shock (Federal) which seemed to have a big following.  Today, everyone makes ammo – Wilson Combat, Sig Sauer, Barnes, and the list goes on.

I am going to give a very brief, unscientific (read: in English) overview.  There once was a man Colonel Jeff Cooper (U.S. Marines) who played a big part in modern gun fighting.  Without getting into all of that, he was a proponent of the 45ACP being the ultimate man stopper.  Yes the 45 can hurl a large chunk of lead at your adversary.  Some rounds were almost double the weight of a 9mm.  I am in no way contradicting Mr. Cooper nor poo-pooing his data, so save the flames for something else.  And yes – it is simple physics Momentum (P) = Mass (m) x Velocity (v).  So a heavy object traveling at the same speed as a lighter object will have more momentum. (Think getting hit by a train vs a Smart car going the same speed – both will suck, one will suck more.)  Makes total sense – you want to knock someone down – hit them with the heaviest, fastest object.  Come 2007-ish – bullet technology changes.  9mm rounds can now expand almost to the size of expanded 45ACP.  Yes the 45 will still have more mass, but it is not all about that.

According to Hornady (who knows a little something about bullet design) “The primary way a bullet causes damage to an animal is through the permanent cavity it leaves – the hole that is created as the bullet passes through skin, bone or flesh. This wound channel is the same diameter as the bullet/bullet fragments and is a function of bullet penetration and expansion.

A secondary way that a bullet causes damage is by the temporary cavity it causes. When a bullet hits soft tissue, the tissue acts more like a fluid than a solid as it gives way and tries to absorb the bullet’s energy. The bullet does not immediately penetrate the tissue; instead it makes an impact crater that stretches in until the bullet penetrates the tissue.

As the bullet continues its path, it violently pushes the tissue ahead of it both directly and indirectly in such a way that the tissue is stretched beyond its elasticity and is cut and torn as it quickly tries to return to its original position and beyond.

In essence, a bullet going through soft tissue has the same effect as dropping a stone into a pail of water – if the stone (bullet) enters the water slowly, the water (tissue) displacement is so gradual that is has little effect on the surrounding molecules. If the stone (bullet) enters the water (tissue) with a lot of momentum, however, the surrounding molecules have to act a lot more quickly and violently, resulting in a splash (temporary cavity). Temporary cavitation is important because it can be a tremendous wounding mechanism.” http://www.hornady.com/ballistics-resource/terminal

In a nutshell – the wound is not the hole that the round makes, but also the trauma caused by the impact and the spinning and tearing of the round through the target.  Think of a blender.  So while weight will have some effect, it is not the end all, be all.

So you may have heard that certain government agencies are switching back to the 9mm.  Why?  The bullet caliber does not matter if you cannot hit what you are shooting at especially with follow up shots.  There is a difference between a 22 and a 45 in terms of recoil – no one will refute that.  A well placed fatal shot with a 22 will kill someone just as dead as a well placed 45.  Extreme, maybe, but you get the point.  Someone can put 10 rounds of 22 in a smaller group faster than they can with a 45 – top level competitive shooters aside (although I would argue they would still do better with a 22).  Follow up shots are the key here.  Can you get your consecutive shots on target fast with what you are using?  I understand the move back to the 9mm – getting people to hit their target repeatedly.

You may or may not have heard of the Taylor Knockout Factor (TKOF).  The first time I heard anything about it was in the USCCA Instructor course.  Basically, it takes into account the bullet’s weight, speed and diameter.  The TKOF can be computed by the formula: TKOF=(MVD)/7000. (M is the weight of the bullet in grains, V is the speed in feet per second, D is the bullet diameter in inches.)  The higher the end result – the better.  This method favors bigger, heavier rounds.  Obviously, you have to be able to shoot the round accurately for it to matter as missing doesn’t do you much good.

Another method is the kinetic energy method – as I eluded to earlier. Kinetic Energy = 1/2 MV<sup>2</sup> where M is the bullet’s mass (in pounds – by the way there are 7000 grains per pound) and V is the speed in feet per second (you also need to think about gravity which is 32 feet per second per second).  In this method – velocity is favored over weight.  This formula would show the 9mm having more energy than the .45ACP.  Eh?

If you want to look at numbers and comb through data, our friends over at Lucky Gunner have put together a very comprehensive Handgun Ammo Ballistic Test article with plenty of data on modern .380, 9mm, 40S&W and 45ACP rounds.  Is your defensive round on this list?  Mine is.

To me – there is no one size or one gun fits all.  Everyone is different – in size, ability and comfort level.  My advice – use the gun that fits you and your ability to conceal it (assuming you are one who carries legally), be it a 380 or a 45, that you can place accurate follow up shots in a timely manner.  Choose appropriate ammunition for what you are doing.  Do your research and find a few rounds that give you the performance you are looking for and then practice, practice, practice.  I also recommend shooting at least a magazine or 2 of the ammo you intend to carry – you don’t want to be surprised by it feeling different than range ammo – and chances are it will.

Be safe!
– Chris Love
NRA Instructor
USCCA Instructor
ACCJT Use of Force Instructor
FFL/SOT
Note: All trademarks and tradenames are property of their respective companies.  The author and Level 5 Combat Systems Ltd claims no ownership or affiliation with/of these names.