Safety in the Dojo/Training Area: Why Live Weapons in Class Are a Bad Idea 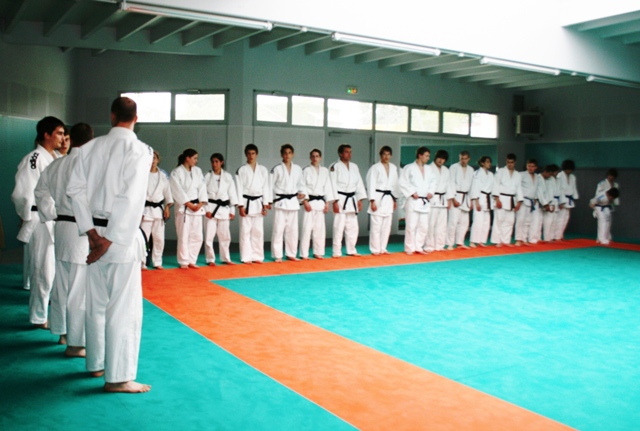 Safety in the Dojo/Training Area: Why Live Weapons in Class Are a Bad Idea

Executive Summary: This is taken from a real incident. The story shows how even experienced practitioners can get caught and in a split second can change the course of someone’s life. It discusses why live blades or any weapon should be left outside the training area.

Do you allow people to bring live weapons into your school? When was the last time someone brought live blades or non-training firearms (loaded or unloaded) into your martial arts school or training area? Do you know if people are bringing them in? If they do, are they checked-in somewhere? Who is responsible for this? This is not meant for instructors or school owners only – safety is everyone’s responsibility.

Recently, while at a training outside of my home state there was an incident involving the accidental use of a live blade. The where, who, when, etc. are not important for the article, nor for the lesson to be understood. The day’s session about bladed weapons and medical management was complete and the attendees were packing up and straightening the area. I was off the mat and changing into my street shoes and I heard people messing around, they were two friends who were training together so I thought they were going over something from the day’s class. All of a sudden, there was a distinct change in tone and swearing so I turned around to see one of the guys holding his arm and hurriedly moving towards me with a bit of panic in his eyes. Another person was shouting obscenities, looking extremely pale and panicked. My first thought was that his wrist was broken. Then I looked down. There was a puddle of blood and a drip trail from where they were – he got cut and cut badly. Whoa, not what I was expecting! The instructor came over and immediately raised the appendage and applied pressure. Someone went to get the first aid kit and someone advised another person to call emergency services. Skip forward a bit, as this is not a lesson in emergency medical management. The individual who was cut was extremely calm and actually making jokes and was able to move his fingers. The one who did the cutting was quite upset. Everyone else was helping in some way – waiting for the ambulance, cleaning the mats, attending to the wounded. Paramedics and police arrived, stabilized the patient and transported him to the nearest trauma center. A few of us stayed back to help straighten up. We eventually left and returned to our hotel to change… and have a drink. Needless to say the conversation was minimal as we were lost in our own heads about the day’s happenings.

Later that evening my training partner and I went to the hospital to sit with the rest of the crew to await the news on our training buddy. While I sat with the non-injured participant to see how he was doing, he relayed the story of the incident to me. To the best of my recollection here is what happened – class was over and people were cleaning up and putting things away. Person A, who is a certified instructor of a bladed defense system, had a training knife for use during the class and had just put it away. Now, I do not know how the real blade got in the picture, whether it was on his person during the drill or he had retrieved it after the class ended. Person B, who was still on the mat had a training pistol and said something to the effect of, “I bet I can get a round off before you can disarm me.” Out came what was expected to be the training blade that had been on Person A all day and it was deployed and drawn across the wrist of Person B. Yes, it was that quick – less than a second from deploy to cut. As an instructor, Person A has exceptional ability with a blade, not to mention years of experience in teaching and blade safety. Point being, this was not an inexperienced person or someone who was not familiar with bladed instruments.

We all know there’s always a risk of getting hurt when we train, but this was on the more extreme end and it brought to my mind many questions:

If you think this will only impact the two people directly involved I would argue otherwise.

I am not suggesting any of these things are going to happen, but, as someone who has been training for over 20 years and has my own school, witnessing this really made me think about a lot of things that hadn’t crossed my mind before and I’d like to raise a few more for those of you with your own schools;

A common argument may be, “We keep our floor or training area clear of all live weapons.”
How clear? As in off the mat? I am going to say that does not cut it (no pun intended). Consider this scenario – the instructor fields a question about a knife technique and requests that a student retrieve the training knives from the shelf on the other side of the room. The instructor knows what he or she is talking about, but the student may just pick up the first item fitting the description. What if it’s a live folding knife that fell out of someone’s pocket while changing? The live blade has now been brought on the mat and now it is in a pile of other training knives. Let’s say the next instruction is to put the trainer blades in the position where they would be carried. The scenario progresses, but instead of a trainer blade someone has a real blade. The weapon is deployed from its location during the drill and now someone is accidentally stabbed or otherwise opened up.

Trainers are meant to look and feel like live blades for a few reasons. People want to train with a replica of what they carry. It may increase the “fear factor” to get a better response than say the rubber trainers of yesteryear. Maybe it looks “cooler”. When you film it, it may look like a real blade – to the point of, “Oooh how dangerous, they must be really good or they train for reality because they use real knives.” Because trainers look like real weapons, this feeds my argument that on first glance you don’t know if it is real or not, even if you’re an expert.

I’d like to take a step back and explore what did I learn from this unfortunate situation:

At this point you might be wondering what happened to the person who was cut. Well, he was very, very lucky. Maybe he has good karma. Maybe his chi was so strong that he moved the important parts out of the way. Maybe his body type was such that it worked out in his favor. The wound itself was very deep, yet very clean cut (something to be said for sharp knives). At first he had mobility in his fingers, but after swelling to the area – this was not the case. Time will tell what the true extent of the physical damage will be. As to the status of their friendship or ability to train with knives anymore – only they can answer that question.

Hopefully this provided some food for thought and, as always, Practice Hard, Practice Often and Practice Safe!